Pupil of Emmanuel Le Ray at the Regional School of Architecture of Rennes, he is admitted in 2nd class on July 9, 1910 and obtains a total of 21 ½ values including a 3rd Medal in modeling, 1st class July 25, 1913.

His transfer of registration to Paris is authorized by decision of September 19, 1913, and becomes the student of Louis Bernier and Emmanuel Pontremoli in Paris (at the workshop on October 1, 1919), gets a total of 10 values including one 2nd Medal in drawing, graduated on November 17, 1920 (115th promotion, A bourgeois property (houses) for the devastated areas) (architect in Paris, 20 rue d'Odessa 75014 January 28, 1920 and February 25, 1922)

He seeks a job in Indochina, in the service of Public Works [request for information from the Economic Agency of the General Government of Indochina in Paris on March 20, 1922], then in Phnom Penh, Cambodia [between 1931 and 1937], he designs the new Phsar Thmey central market of Phnom Penh in 1934-37.

Jean Desbois 1891-1971 ©, worked with his Excellency King Sisowath Monivong in the 30s, and received the honorary titles of "Knight of the Order of the King in 1924.

And from "Knight of the Imperial Order of the Annam Dragon (King Bao Dai) on 7.08.

he is the designer:

Phsar Thmey of Phnom Penh then built with Louis Chauchon

from bengalow to Kep on the sea,

of the indigenous isolation ward at Phnom Penh Hospital,

of the Khmer Sports Circle in Phnom Penh,

of the Hotel le Royal le Raffles then built with E. Hebrard

Beng Dechor 1938 Less exposed to tourists, this building is planned for local residents

from the railway station station

from the garage the establishments COMTE

in charge of Renovation with Jeanne b.Surugue of the Royal Palace designed by Pierre VILA, architect Dplg (1919)

Its location: the central market became the centerpiece of an urban extension project, transforming this colonial and peaceful city, despite yet a royal touch, into an important capital.

The French resident mayor and members of the municipal commission

wanted the status of this city to be unequivocal

a regional commercial center, and maybe even international.

He created the harmony with a space dedicated to each branch of trades and gardens outside and removable stalls listed in the specifications.

The ventilated wing project allowed not only ventilation of the building but also resistance to blast.

The Axes of Phsar Thmey somewhat shifted in orientation to honor each religion.

Opening at the Lotus Pond Gallery (La Plantation), Wednesday, June 21, 2017 from 6:30 pm at the Penh to Paper exhibition, an art exhibition representing some of Phnom Penh's most emblematic architectural landmarks by architects such as Jean Desbois , Vann Molyvann and Mam Sophana 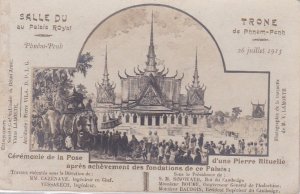 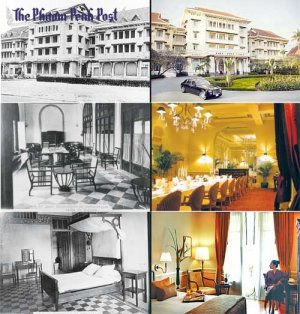 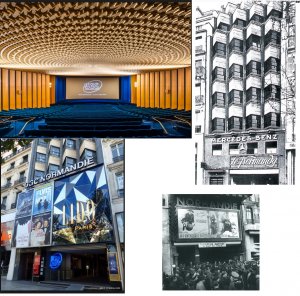 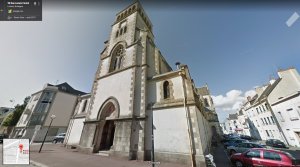